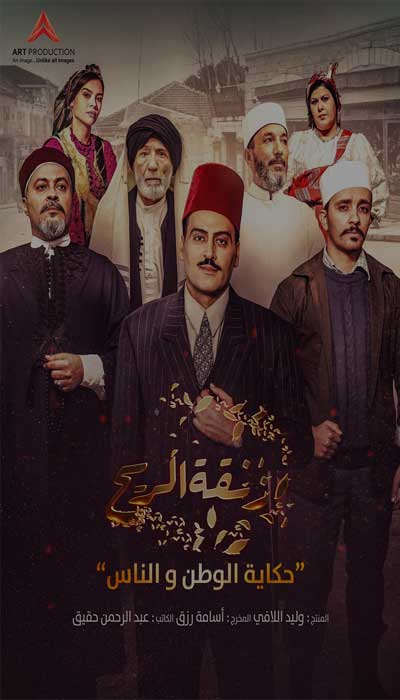 The series “Zanghat Arreeh” is a historical social drama, written by the writer Abdul Rahman Haqiq, directed by Osama Rezg and produced by Walid Ellafii, the series which is produced in 2019 is considered the first of its kind in the history of the drama industry in Libya and the largest in terms of production. The plot talks about the post WWII during the period of the British government ruling Libya, specifically the events that take place in the year 1945, in the old city Tripoli, which is was a difficult economic and social era in which Libyans of all sects coexisted, Muslims and Jews, despite the British’s distinction of the Greek and Italian communities that were living in Libya at the time at the expense of the country’s citizens.
The series, which more than 250 actors from Libya and the Arab world took part, with huge budget allocated to it, achieved a very great success, and was shown in Tunisia, Egypt, Libya and Jordan TV channels.