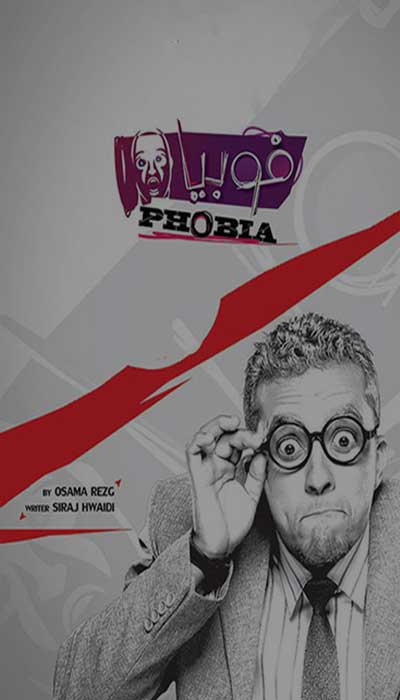 The series “Phobia” (2013)
The series “Phobia” is a dark humor (Black comedy) series by the writer Seraj Hweedy, producer Walid Ellafii and director Osama Rezg, it was produced in 2013, cinematic technology was used in its production with a special technical team from Tunisia, after it was allocated the highest budget in the history of Libyan drama at that time. The series achieved great success, and was shown on a number of Arab channels in Egypt and Tunisia as well as Libya.